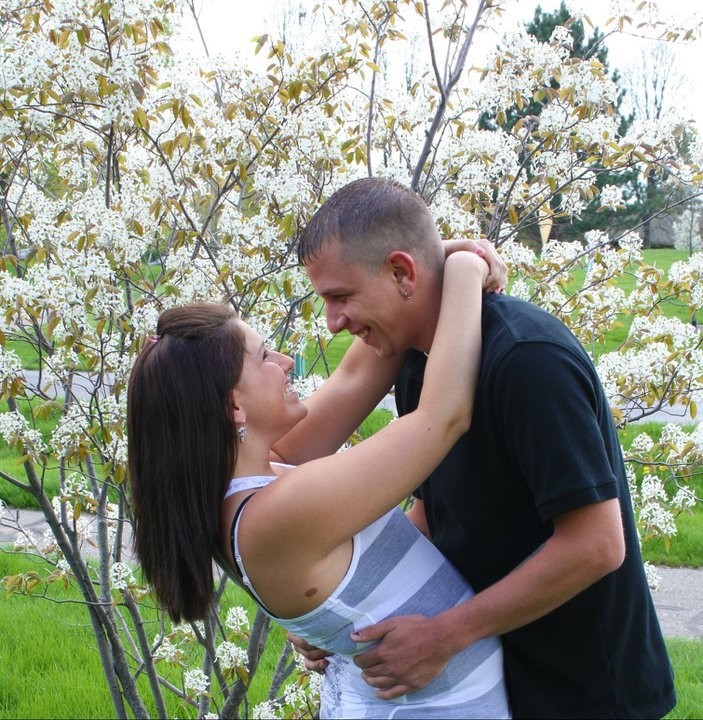 We are pleased to announce we have chosen Amy to be our “Bride of the Month” for March. Amy met her fiance David in the winter of 2009 while they were both working at Buffalo Wild Wings in Canton. Things happened pretty fast between Amy and David and after only a few weeks Amy knew he was “the one”.  Amy and David welcomed their son on June 1st, 2010.

Around Valentines Day Amy started to pester David about buying her a ring, and her persistence paid off because on February 13, 2011 David popped the question. After getting the ring back and sized David re-proposed with an “I Love You” balloon, a dozen roses, and the song “Marry Me’ by Train playing in the background. This will be Amy and David’s song for their first dance.

Amy and David will be tying the knot on their 3 year anniversary, June 30, 2012. The ceremony will be held in Kellogg Park in downtown Plymouth, followed by their reception at Joy Manor in Westland. Their wedding colors are malibu, black, and white with a wedding party of 12.

David is a Controls Engineer employed by Spectrum Engineering in Warren,
and the bride is a full-time college student at Eastern Michigan University triple
majoring in Cognitive Impairment, Elementary Education basic and Elementary
Education liberal arts. She is also a full-time stay at home mom
to their 21 month old son Carter.

You’re The Bride is excited to be a part of Amy and David’s special day!