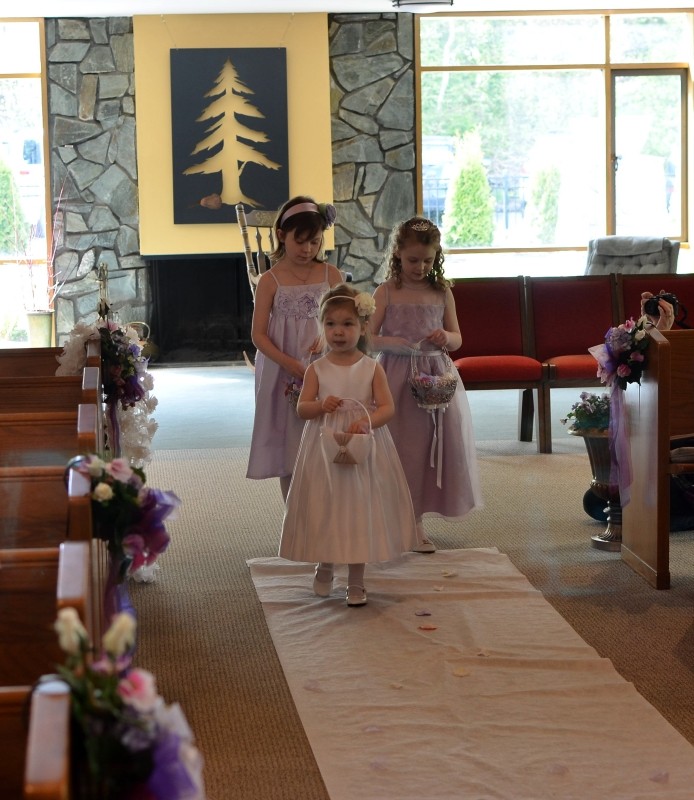 This wedding I wanted to feature as I got to know the bride and all her details pretty well although
I only worked with her via email.  She ordered many stationery items from our website and
needed some planning advice along the way. Sharon ended up having a beautiful wedding! She
gave us many details about her wedding that I am including in the post that she wrote. 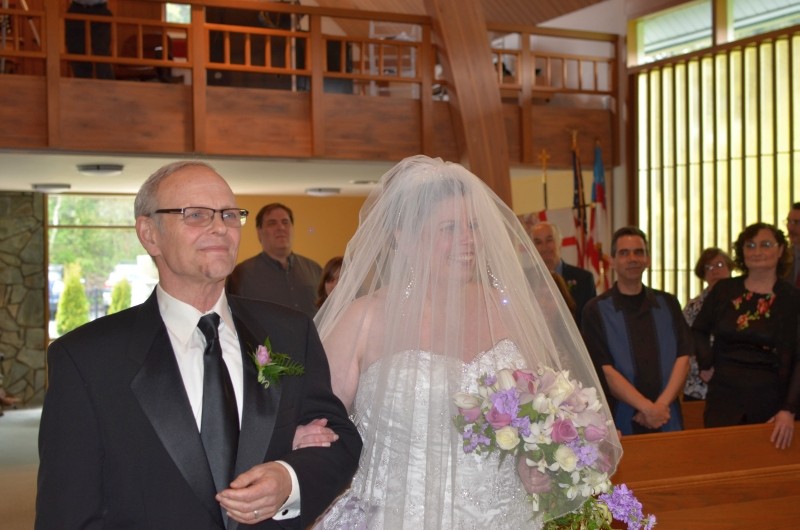 A few words from the bride, Sharon, Thanks so much for all your online help with our wedding. I’d never have made it without your bridal bundle and all your online help. If I were doing it again, which I may if I start consulting for the weddings at our church, I would plan it out using your bridal bundle and give everyone in the party a print out of where they were supposed to be when, with exactly what I wanted them to do. 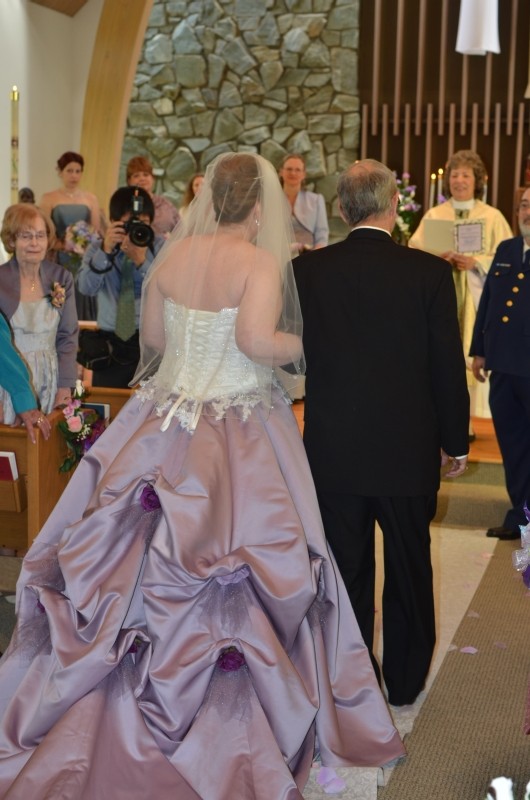 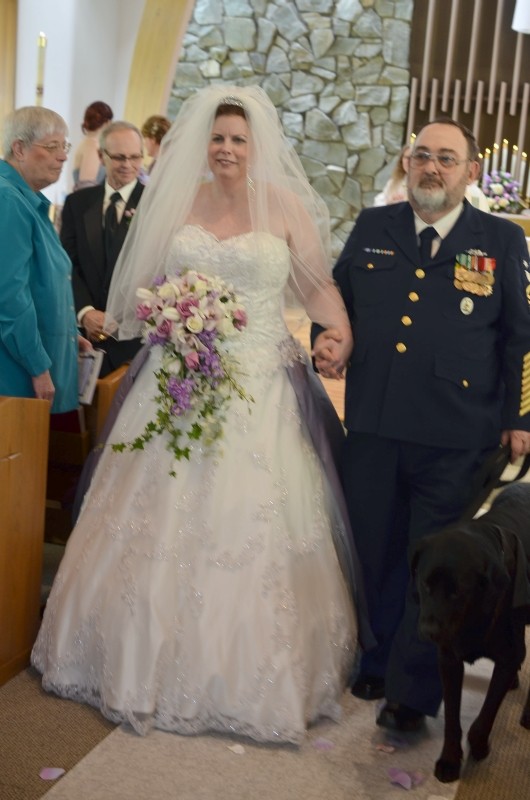 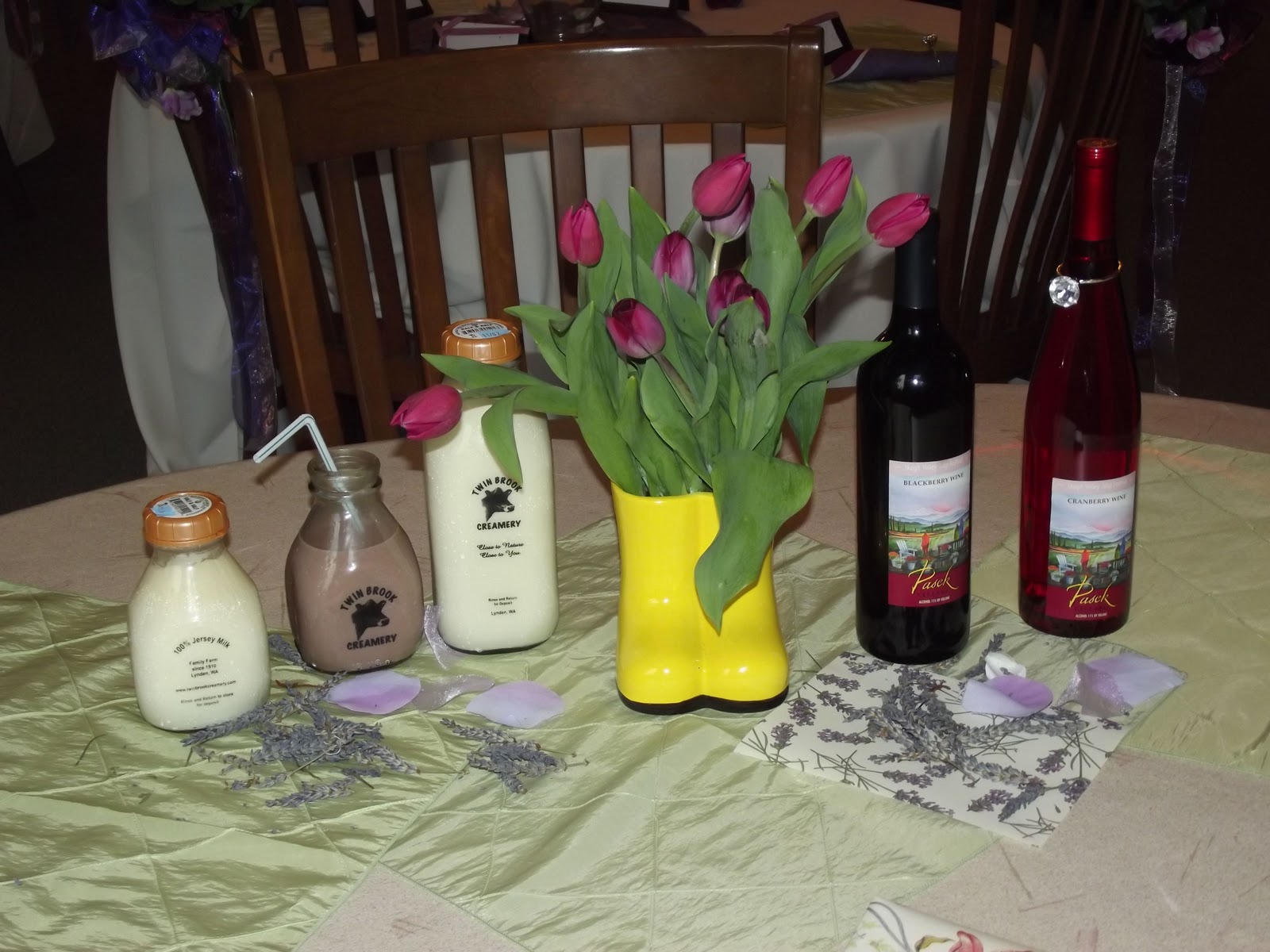 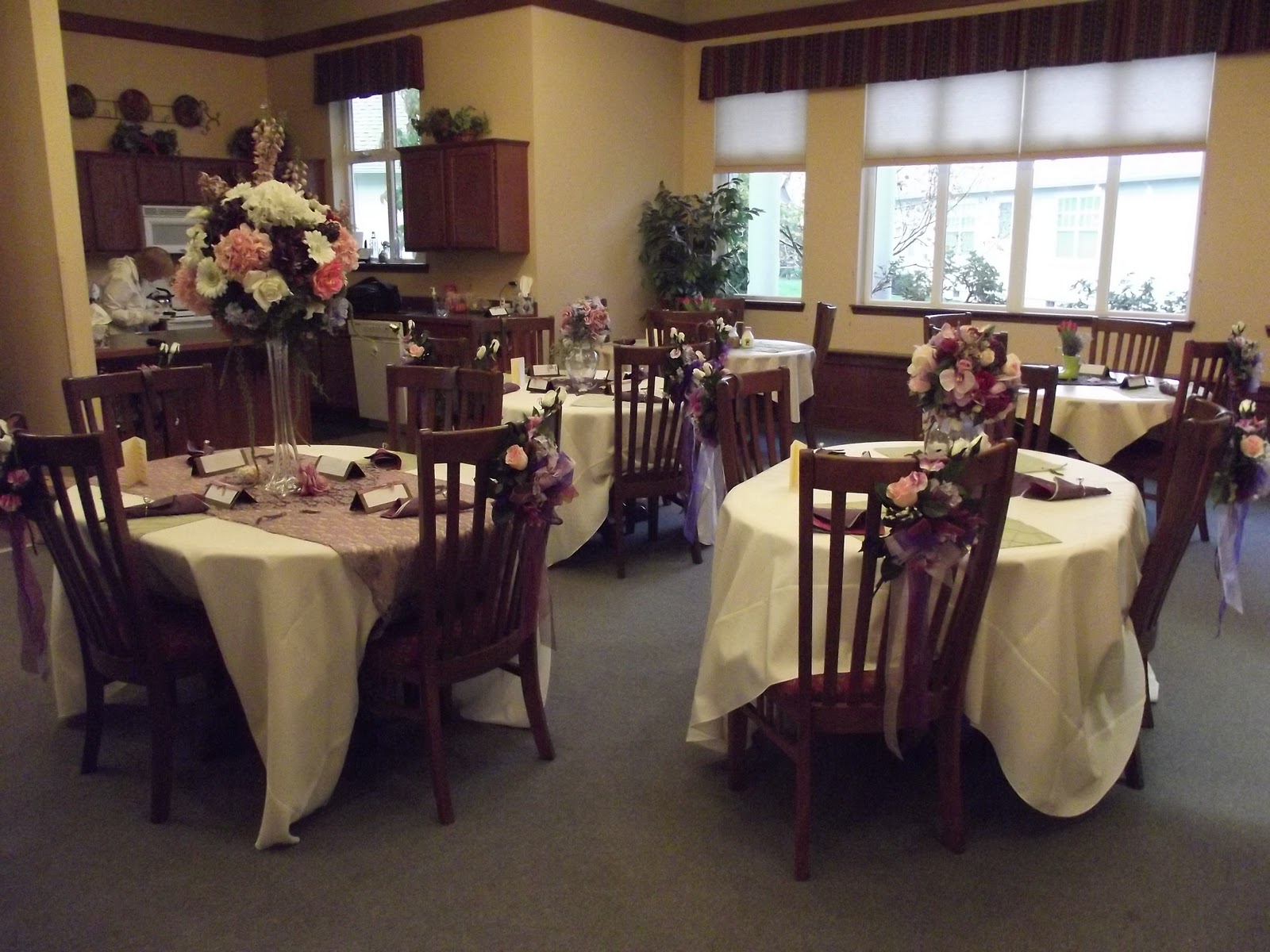 Skagit County’s leading industry is agriculture, and besides the tulip festival, which provided many activities for out of state guests, we used the local IQF strawberries and whipping cream made from Twinbrooks Creamery whipping cream, which is pasteurized, but not homogenized.

Our signature mocktail, the Strawberry Daquiri, was the most popular menu item. The beer was from the Skagit Brewery, where we got a pony keg, on tap – and served it after the first course so everyone ate before consuming alcohol. The tulip festival also has n special wines that we served with the buffet from the Farmhouse Inn, and featured a green pea salad, as the most green peas in the world were grown in the Skagit Valley when I was growing up. The farmers alternated legumes (peas) and bulbs (tulips) to enrich the soil.

The theme of the wedding was that you can go local and have a destination wedding – actually most weddings are destination weddings now because most families are widely scattered, so all the planning components are the same as if one went to an exotic location.

Skagit County has both the tulip fields in the valley and the American Alps (North Cascade Mountains near Cascade National Park) so people can see glaciers and tulips in the same county, river raft, and enjoy local fruits and vegetables and flowers. As my home town is the county seat, Mount Vernon, it was the natural choice, and Spring was the natural season for a new beginning.
Since it was the first big wedding for both of us, even though we were older, we wanted everything as if it had been done by our parents when we were young – we wanted one day to party with all our friends.

My favorite part was the bouquets of tulips on the reception tables made by my bridal attendants.

Current trends can be difficult to use as a theme when everything changes so rapidly, so I went with my favorite colors and plants, and then added accents of the color of the year, honeysuckle.

The rehearsal dinner was done in honeysuckle and lavender, with bright rain boot vases of tulips. In the wedding, honeysuckle was used as an accent in the pew bouquets, which were silk to avoid any damage to furniture by live blooms.

I planned the dresses around an old English folk tune “Lavender’s blue, lavender’s green. If I were King, you would be Queen.” (And no, the date was not chosen because of the royal wedding. We had set the date before they announced. It worked out perfectly to let each bridesmaid use her favorite colors of lavender or blue, with everyone using the signature bi-color lace. Since the groom’s uniform was Coast Guard blue, the groomsmen were in black and a dark plum.
I love little girls, and had a bouquet of jr. bridesmaids and flower girls, which worked very well, as the three little ones are best friends.
The three main colors were ivory, lavender, and bronze. I used bronze or metallic chocolate brown as an anchor color instead of black and gold or silver, although there was plenty of those too.

To save money, we constructed an impromptu photo booth from an archway and some orchid lace background. I sew, and raided my stash of fabric for as much of the wedding as possible.

To reduce stress, I used a lot of silk flowers, so many of the bouquets were done long in advance, and wrapped in plastic, with no worries about how it would all come together for the reception.

Many couples choose a symbol for their theme and we choose the double ring.

The trends that we incorporated were: Using baby’s breath among our main flowers; I wore a bolero with my dress for part of the reception. When the room became too warm, I switched to a dress that was ivory with a plum waistband, and put a plain light silk wrap with it. It was relaxed, and then I put the bolero back on for warmth when we left.

The unique feature was the lavender train, with amethyst tulle and purple/lavender roses in the pick-ups. My shoes were also dyed to match the train. (I will try to get you a shoe picture) i I bought a dress from the Arizona Bridal warehouse, and it was perfect, but the bolero should have been altered. When a bride saves buying at a warehouse, she needs to remember there is probably a reason the dress is in the warehouse. The best part was the questionnaire on their website which helped clarify in my mind what I wanted in a dress. Then we added lavender Swaroski crystals to the bodice to carry out the lavender them from the back to front.

Instead of an afterparty, a few people went to the Trumpeter, a local bar and restaurant that features locally grown chicken, beef, vegetables, berries and has many gluten free menu items.
Instead, we had a brunch the next day at the Farmhouse Inn.

~written by Sharon the Bride