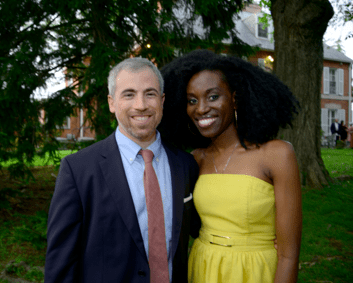 Grace and Andy met online and went on their first date on October 18, 2015. The connection they shared during this first three-hour date only grew from there. 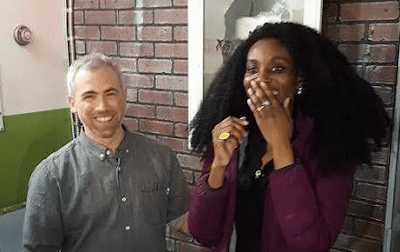 On Christmas Eve in Michigan, 2016, Grace, Andy, and their families participated in an “Escape The Room” game, in which clues must be solved to uncover the final hidden key that will open the door to the locked room. Grace was not aware that Andy had hidden the engagement ring in the vault housing this key. Grace opened the vault, picked up the ring box, and did what anybody would do: she quickly discarded it, tossing it to the ground! Her laser focus directed her to the key resting below the ring box, and she snatched the key up and tried to exit the room before being redirected back to the vault by the game’s overseer. It was then that Grace took the ring box in her hand and opened it, slowly realizing what was happening. Andy, along with everyone else in the room who had been in on the plan from the start, could not contain his smile. He got down on one knee and asked Grace to marry him, but she did not say “Yes.” She said, “Of course!”


This weekend isn’t just about the joining together of the bride and the groom, or binding two families in love, it is also a weekend of marrying two rich and storied cultural traditions: Nigerian and Jewish.

Friday’s Celebration will commemorate the centuries old tradition of the community welcoming and supporting the new couple. This includes the formal request for the bride’s hand by the groom’s family, acceptance by the bride’s family, the festive introduction of the groom, and the bride’s selection of her prince! For those not familiar… it is conducted in English… and unique to this engagement, a narrator will guide the multicultural audience through the glorious chapters of this meaningful tradition! And guests will also get to enjoy food, dance and fun to celebrate the newlyweds.

On Saturday, the couple will be married in a traditional and moving Jewish ceremony, which will be conducted under a chuppah and followed by a delicious and fun reception.

You’re The Bride is so excited to serve this wonderful couple on their special day in October at Greenfield Manor!