Best Spots to Get Married in Detroit

This venue is one our favorites and we think it’s one of the best spots to get married in Detroit. We have planned and coordinated several weddings here. One of our favorites is from the wedding of Dan and Andrea so be sure to check it out here!
The Grand Ballroom is designed in a Louis XVI style with historic chandeliers, a gorgeous hardwood ballroom floor, floor-to-ceiling two-story windows, and a charming mezzanine.
2310 Park Ave.
Detroit, MI
(313) 965-8758

Henry Ford built the Piquette Avenue plant in 1904, which became the birthplace of the Model T. It is now a museum largely unchanged from its original appearance. For parties, guests can mingle among car displays, see where Henry Ford developed the Model T, and walk the factory floor.
Detroit, MI 48202 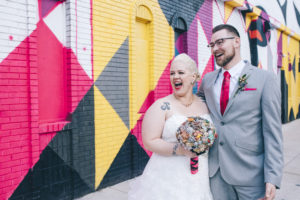 There are six different venue spaces for rent in “The Max,” which is the home to the Detroit Symphony Orchestra. Neglected in the 1970s, a group of concerned citizens rallied to save this building from the wrecking ball and it underwent a massive restoration and addition in 2003.
3711 Woodward Ave.
Detroit, MI 48201
(313) 576-5100

Matilda Dodge Wilson, (the wealthy widow to one of the founders of the Dodge Motor Co), spent $1.5 million on the construction of this venue. She hired the prominent Detroit architectural firm of Smith Hinchman & Grylls who assigned William Kapp to design it. The six-story, Art Deco style building opened in 1928.
350 Madison St
Detroit, MI 48226

Now a restaurant open to the public, The Whitney mansion was designed for lumber baron David Whitney, Jr. and described by one newspaper account in 1894 as “the most elaborate and substantial residence in this part of the country.” The structure, completed in 1894, is a 21,000 square foot home with 52 rooms, 218 windows, 20 fireplaces, a secret vault in the original dining room and an elevator.
4421 Woodward Ave
Detroit, MI 48201
(313) 832-5700

Home to many a Live Nation concert these days, this theater was built by Francis Palms, a Belgian native who moved to Detroit in 1832 and made his fortune in real estate development. It was constructed in 1925 as a movie house in the Renaissance Revival style of architecture. On wedding days, the happy couples pose for photos under the marquee with their names in lights.
2115 Woodward Ave.
Detroit, MI 48201
(313) 961-5451

This Eastern Market shop is a project from Made in Detroit founder Robert Stanzler. It features merchandise from across Michigan and feels a little bit like a charming cross between a museum and an Urban Outfitters.
3434 Russell St
Detroit, MI 48207
(248) 705-1728

Established in 1928 and run by the Detroit Historical Society, it’s one of America’s oldest and largest museum’s dedictated to Metropolitan history. You could hold your ceremony in the 19th century street scene known as the Streets of Old Detroit or the auditorium where you can have your ceremony on the stage. Because this is open to the public until 5 p.m., you’ll have to have an evening wedding here too.

Located on the banks of Belle Isle, the Historic Detroit Yacht Club is one of the oldest and prestigious private clubs in North America, completed by George Mason in 1922. Check out this beautiful wedding that our wedding team coordinated for clients Lauren and Stephen .
1 Riverbank Rd.
Detroit, MI 48207
(313) 824-1200

A 36-story skyscraper with a lobby lavishly decorated with Pewabic tile, this building was created for the Union Trust Co. when it required more space after a merger. It opened in 1929 with a ceiling that is entirely acoustical to absorb sound in the main lobby. Finally, a venue that will quiet your crazy cousins.
500 Griswold
Detroit, MI

Surrounded by flowers? Of course this is an ideal wedding venue. The Anna Scripps Whitcomb Conservatory is especially popular for weddings, but consider The Scott Fountain and the Belle Isle Casino too.

Of the spaces available, couples usually pick Shed 3 to rent out. Keep in mind that Saturday Markets go until 3:00 p.m., so you’ll have to make it an evening wedding. Here s a wedding that the You’re The Bride wedding planner team did for their clients at Eastern Market.

For help planning your perfect wedding contact tracie@yourethebride.com or call 248-408-4602