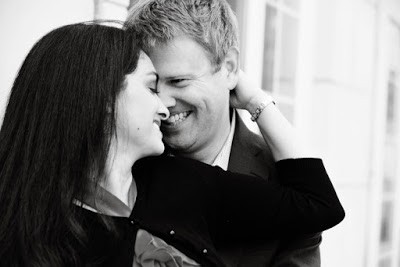 “The story of how Matt and I met is very providential.  We believe that there is a reason for everything and that nothing happens by chance. ” -Julissa

Matt and Julissa met in 2012 through a mutual friend who is both very dear to the couple. After Matt moved from Nebraska to Michigan for law school some 13 years prior and Julissa moving back to Michigan after serving as a nun, both began to know a woman by the name of Joanne. While Joanne cared for both of these people greatly, she decided to introduce them to one another.

While the two parties had a very brief introduction, they both went home without exchanging any contact information. This lead Julissa to believe it was just another simple interaction, but evidently she had made a lasting impression on Matt. Not too long after, Julissa received an email from Matt wanting to see her again. Eventually this lead to a first date and the rest is history. 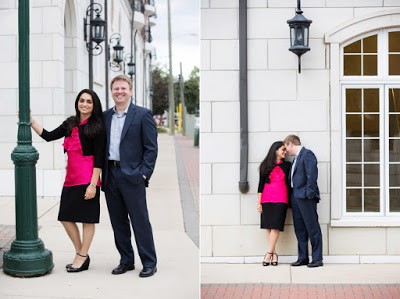 The proposal was perfect. Matt bent down on one knee in the church that they both frequented together. He set the stage perfectly, choosing the location right in front of the Tabernacle. And the best part was that Joanne got witness the special moment. The evening after, the couple embarked on a hot air balloon ride at dusk followed by dinner at their favorite restaurant. The magical day ended when the waiter brought the check and on it was written a congratulatory message from Matt’s parents who live in Nebraska.
For a living, Matt is a commissioner at the Detroit Court of Appeals and Julissa owns and operates   her own house cleaning business. This couple is having a big bridal party consisting of seven couples. Julissa’s bridesmaids will be wearing elegant, floor length, mocha-colored gowns while Matt’s groomsmen will wear tails like the groom. The wedding theme has Fall colors consisting of chocolate browns, burnt oranges, and deep cranberry.
The date in which Matt and Julissa met is one of significance to the bride-to-be. October 3 was the day she had entered into the monastery to dedicate her time to being a nun. October 3 is when Matt and Julissa met. And October 3 is when this happy couple’s wedding date is set for.