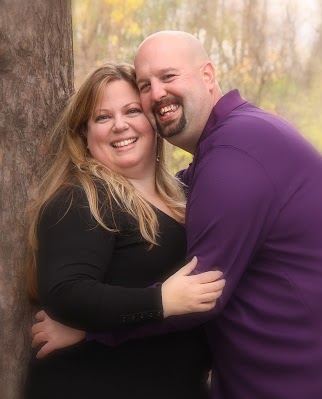 Technically speaking, Lincoln High school back in the early
90s is where this love story really began.
As a Junior Chad asked out the sophomore Amy, whom promptly and not so
nicely declined his offer.  Life went on
Chad went on to have 3 wonderful children (Jocelyn, McKenzie and Noah) and Amy
went on to adopt daughter (Amanda).  Chad
began his career with the United States Post Office, and Amy worked her way
thru college while on her dream path of Accounting. 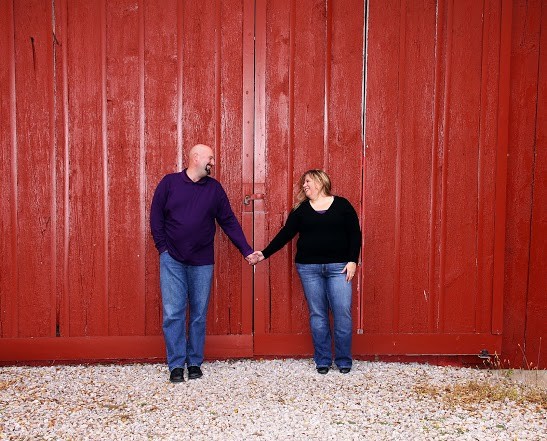 Chad is a very social person, willing to talk to anyone
about anything for however long. Amy is more reserved person. It didn’t seem like the two would fit together,
yet oddly enough they did.
Fast forward to about 2009 when a mutually good friend, Jen,
decided to start putting a bug in each of their ears about how great Amy and Chad
would be for each other. Amy immediately told Jen NO, and a thousand times no
that she was NOT going to go out with Chad Viers.  Thanks to one status update made by Amy on
Facebook in regards to the unbearably hot conditions in her office that day and
a flirtatious comment back from Chad, consequently we had a dinner date planned (of which
Jen was also required to attend).
Needless to say, 5 pomegranate martinis later, Amy was in the bathroom
talking about how HOT Chad was to Jen as she preceded to text him all Amy was
saying. 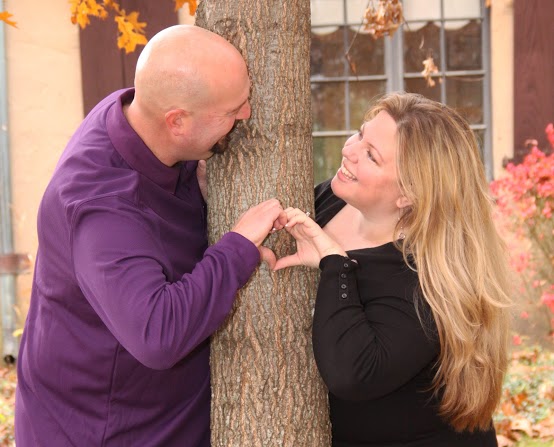 That night of drinks at Applebees would forever change
the path they were both on.  Chad and Amy
discovered how great they really did fit together and what an awesome time they had
just being together.  They fell in love
with each others kids and just had a blast planning trips together and doing things
together as a family.  They love a full house! 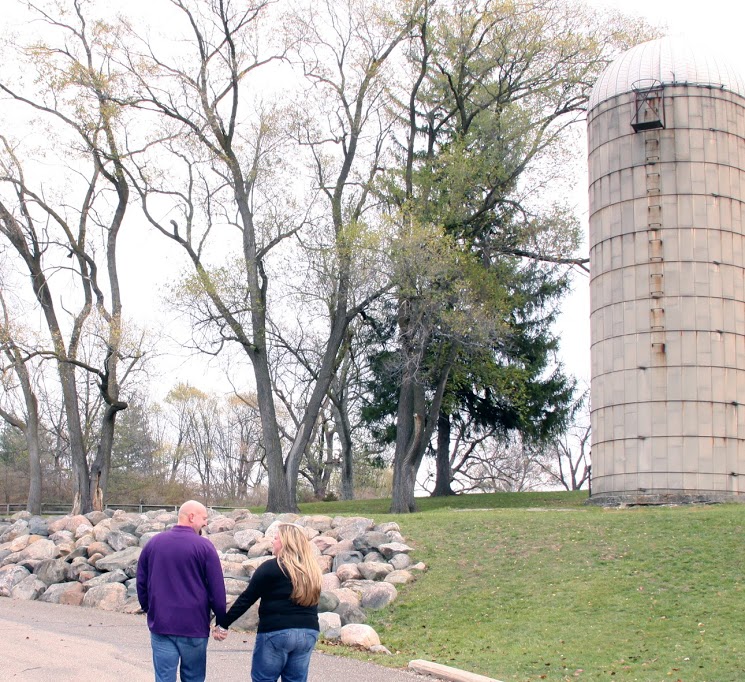 In February of 2012 they decided to try out churches
by the urging of their friends. Turns out they tried one (Northridge) and were
in love.  Not only did they love the
relationship they were building with God together, but also the foundation it was
laying for the future they both hoped to have together.  In June of 2012 they were both baptized and
made a commitment to live lives as God intended, and to stay pure from that day
on until they were married.  Its been a
hard journey (says Amy), however she believes because of that commitment they have been able to
learn new ways of communicating and dealing with issues that arise in their relationship.  They both believe that this part of the journey is what will make a strong foundation for their marriage.
In September 2012 they went to Maryland (which is where all of
Amy’s family lives), to go with her family to South Carolina and watch her
nephew Jesse graduate from the Marine Corps boot camp.  Little did Amy know what a memorable trip
this would be for her.  Chad had already
talked to her family and got permission from her mom to ask Amy to marry
him.  One random night while still in
Maryland, Chad took Amy into a room and got down on one knee.  While the words he planned escaped his mind
at that moment they both knew that their love for each other had reached an
undeniable peak. Amy cried as Chad got
out what he could of his planned proposal and they shared the moment with Amy’s
family.  Chad had planned all this
knowing how important Amy’s family was to her and how rare it would be for them
to all be around. 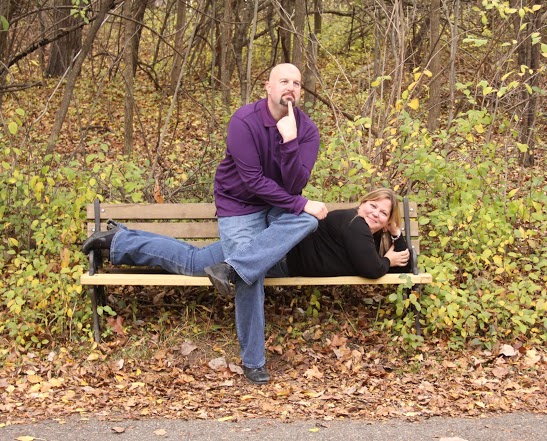 Chad now works as a supervisor for the Post office and Amy
works as a Controller for a large corporation.
Amanda and Jocelyn are both graduating high school this year, and will
be going off to college.  We have a
beautiful almost 1 year old Golden Retriever named Kacey, 2 kitties (Minhuit
and Baby Kitty who aren’t so sure about the dog, as well as Amanda’s almost 1
year old Shit zu Niyah.
They always say
everything works out the way God intended it to, and Amy feels as though in her heart
God knew all along that Chad would be her husband.  He planted the seed decades before the reality,
but he made sure to water it until he saw the fruit. They both carry each other and couldn’t imagine life without the other now. 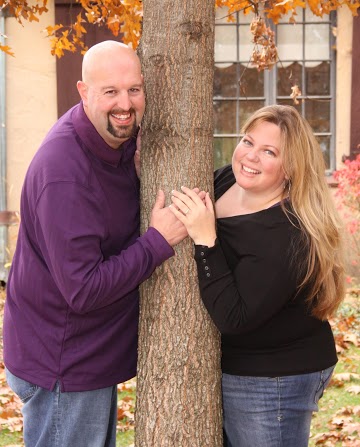 They are excited to be married at the Grosse Ile Country Club on
July 6th 2013. They have 8 bridesmaids and groomsmen as well as a ring
bearer.  They are going to make their parents
and children a part of the ceremony.
Colors of the wedding are dark purple and black and white.  They intend to have all of their family and
friends together for a BIG celebration and lots of dancing and fun!

Congratulations to Amy and Chad! We wish you all the best on your new journey in life!
Pictures taken by Ronald Ponkey Photography, LLC
For more
information on planning your perfect wedding contact tracie at 248-408-4602 or email
tracie@yourethebride.com!