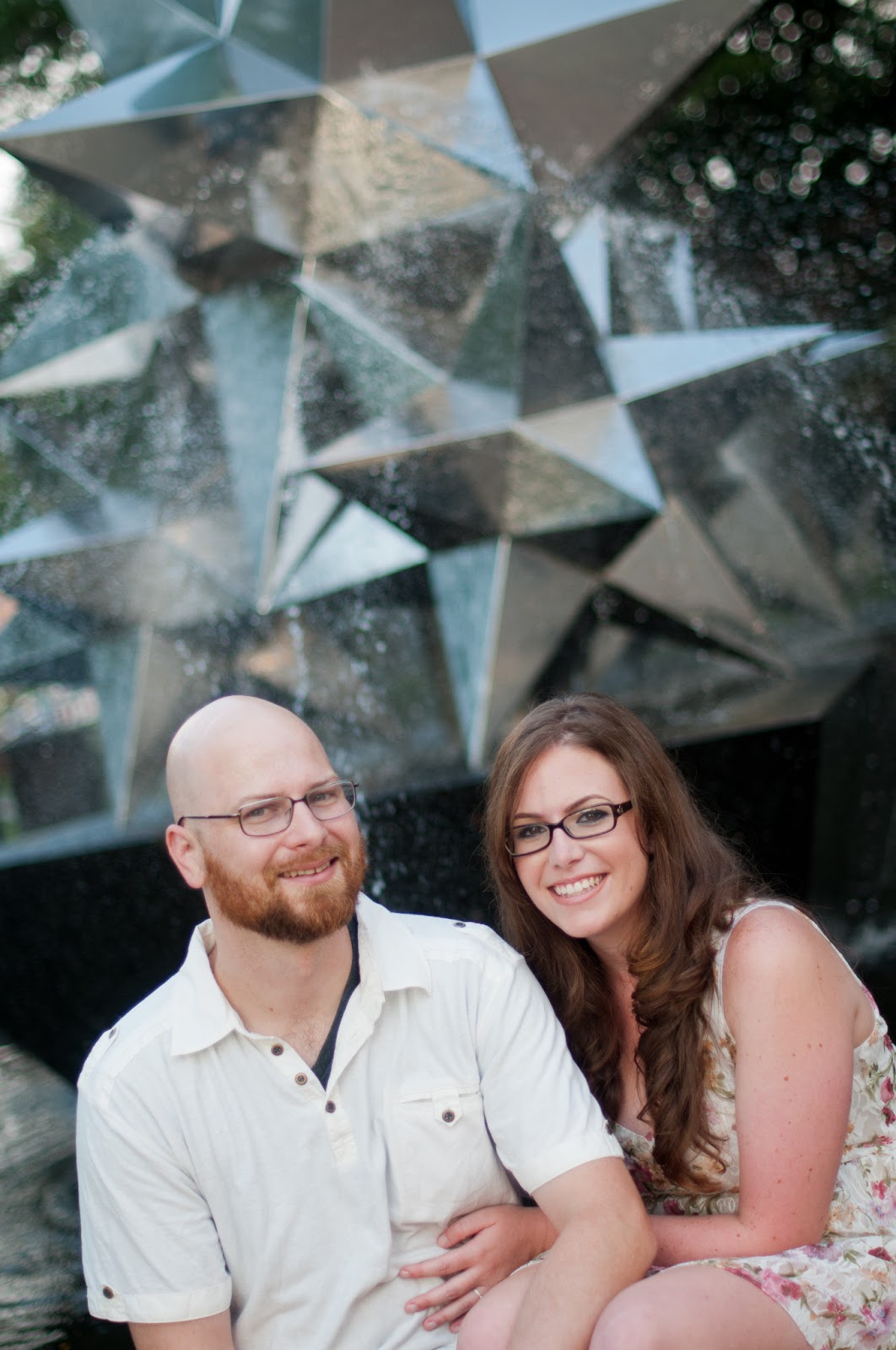 Alex and Shelby met in 2008 in an Honors course at the University of
Michigan-Dearborn. Within the first week of class, Alex and Shelby were placed
in a group to “peer edit” papers. Alex told Shelby, “Your paper is
so good! I can’t believe how good it is. I’ve never met anyone who writes
better than me.” Shelby wondered if Alex was hitting on her.

Months of flirting and people commenting “When are you two going to go
out?!” passed until one particular conversation in the university
“Honors Lounge.”

Soon spring (and then summer) went by; Shelby said, “Alex, you don’t
need to propose somewhere special!” Their friend, and member of the Bridal
Party, Ben said, “Yeah, Alex, just incorporate something she likes!”
Alex responded, “Okay, Shelby… go stand by the ranch dressing on the
salad bar.” Ha. Ha.

Fast forward a few more months, and Shelby and Alex are in a rush to see her
sister, Victoria, off to her first Homecoming dance. Alex couldn’t find his shoes
and called from the hallway, “Shelby, will you come out here? I can’t find
them.” Shelby said, “Why would they be out there?” only to be
greeted by a very suspicious Alex. As soon as she said, “What are you
doing?” Alex leaned over… and pulled out a bottle of ranch dressing from
the other room. Shelby responded, “Are you serious?” before Alex then
got down on one knee! Of course, Shelby said yes.

However, in August, Shelby & Alex joined her family in Washington, D.C.
for a week. They went to the Jefferson Memorial. There the ring was part of the
proposal this time instead of ranch and now they are happily engaged!

Alex currently works as an engineer and Shelby is a caretaker/writer. Their
wedding will take place on May 25 in the spring, at Greenmead in the Hill House
Gardens in Livonia, MI and the reception at St. Mary’s Cultural Center, also
Livonia, MI. With colors of pale pink, green, and ivory their wedding will surely
be beautiful come spring! The theme will be “vintage” and they have an emphasis
on craft beer!

Congratulations on your engagement and we wish them many happy memories!
For more information on planning your perfect wedding contact tracie@yourethebride.com or call 248-408-4602!