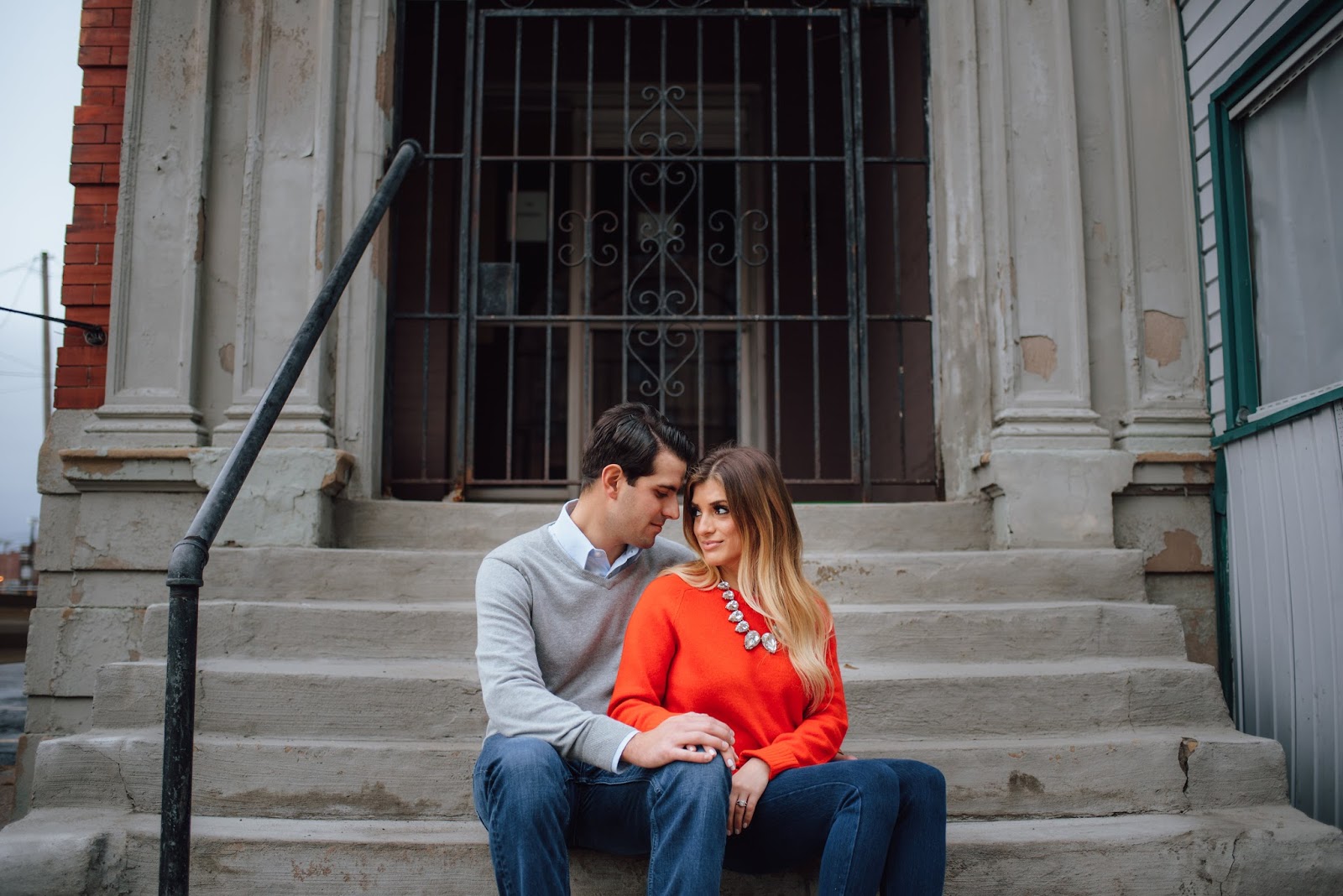 A little about us…
Mary Beth is from the Bay City, Michigan area and attended Albion College for undergrad, studying Communication Studies and then Public Relations during graduate school at Michigan State University.  Steve is from Grosse Pointe, Michigan and attended Michigan State University where he studied Communications and Advertising.  Both currently work in advertising, Mary Beth in advertising sales and Steve in advertising and marketing.
How we met…
Steve and I met through a mutual friend — a sorority sister of mine from college who worked with Steve.  Out of the blue one evening in December of 2012, my phone lit up with a message from my sorority sister saying, “I’m not sure what your dating situation is right now, but I have this guy that I really think you’ll hit it off with….but, there’s a catch: he lives in Michigan (I was living in Chicago at the time). He’s someone I love, you’re someone I love…and I’d love for two really great people to be together. May I tell him to add you on Facebook?” Intrigued, I said yes and a few days later, I heard from Steve.  We started talking and quickly realized how much we had in common: both lived in Chicago (he moved back to Michigan just a few months before I moved to Chicago), both went to Michigan State University (Go Green!), both came from Italian families, etc. We kept in contact throughout the spring and summer of 2013, and when I moved back to Michigan in the fall of that same year to start a new job, we started dating and the rest is history!
The Proposal + Our Wedding…
Harbor Springs, Michigan has always been a special place for Mary Beth’s family and knowing this, Steve decided that Harbor Springs was where he was going to pop the question.  While golfing together over Memorial Day weekend of 2015, Steve asked Mary Beth’s father for permission to marry his daughter, which, without hesitation her father said yes.  Steve then shared the news with Mary Beth’s mother, and the excitement grew.  Over Labor Day weekend of that same year, Steve, Mary Beth and Mary Beth’s parents were enjoying the holiday weekend together in Harbor Springs. The night before Labor Day, the group had dinner plans at Stafford’s Pier Restaurant, which is right on the water in Harbor Springs.  As they pulled up to the restaurant, Steve suggested that he and Mary Beth go for a quick walk on the pier before dinner.  Confused, I obliged, not thinking anything of the pre-dinner walk.  Once we reached the end of the pier, Steve told me that he wanted to take a photo of me looking out of the water and faced my body in that direction.  A few second went by and then I heard, “Okay, all done!” and turned around to find Steve on one knee, arms outstretched in front of him and holding a beautiful ring. Shocked and before he would say anything, I said, “Are you serious?!” to which he smiled, said yes, and among some other very nice words, he asked me to marry him.  We had a wonderful evening celebrating with my parents and were joined the following day by Steve’s mom and dad where the celebrations continued.  Our wedding will take place on Saturday, October 1, 2106. We will be married at Holy Family Church in Detroit  (which has a lot of family significance for both sides of our families) and our reception will be held at the Grosse Pointe Yacht Club.  We will have 16 bridesmaids and groomsmen in our wedding party, consisting of siblings and close friends.  Our reception is centered around “soft,” “enchanting” and “romantic” where the room will be filled with blush and ivory center pieces, gold chiavari chairs, champagne and ivory linens and lots of candles in gold and silver votives. We’re looking forward to sharing our special day with family and friends with good food, a great live band and the best company we could ask for!