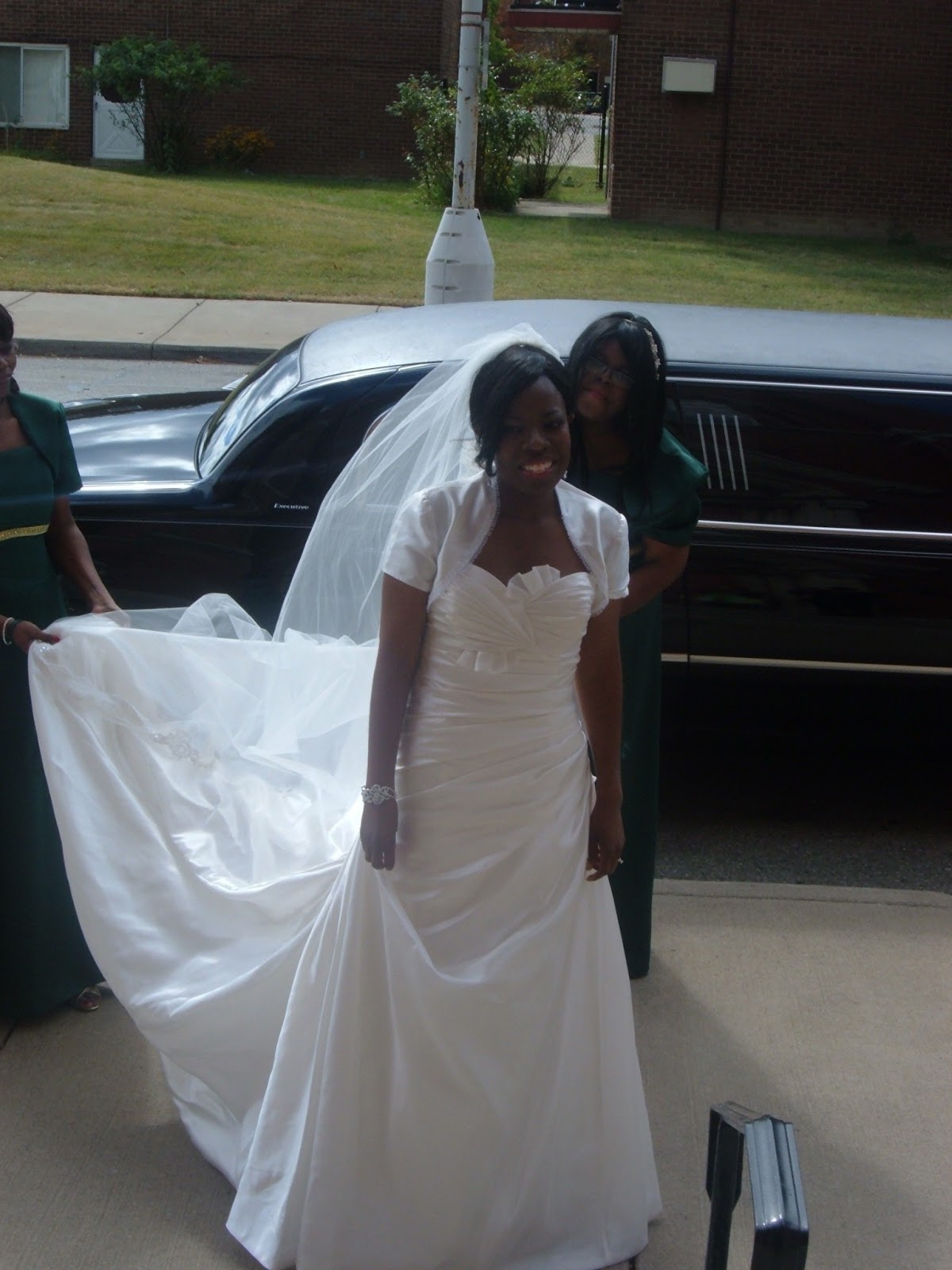 Here is Part 2 of wedding vocabulary. To the left is another one of our former beautiful brides, Irma, You’re The Bride


Pomander
A bloom-covered ball suspended from a ribbon. Ideal for
child attendants.
Crescent
Composed of one full flower and a flowering stem, often
orchids, wired together to form a slender handle that can be held in one hand.
Designed as either a full crescent — a half circle with a central flower and
blossoms emanating from two sides — or a semi-crescent, which has only one
trailing stem.
Taped and wired
Arranging technique for bouquets, boutonnieres,
headpieces, and wreaths. The head of a flower is cut from the stem and attached
to a wire, which is then wrapped with floral tape. Taped and wired flowers are
more easily maneuvered into shapes and styles.
Composite
A handmade creation in which different petals or buds are
wired together on a single stem to create the illusion of a giant flower.
Oasis
Special foam used in flower arrangements. Oasis fits in a
bouquet holder and retains water like a sponge, hydrating flowers for extended
time periods.
Topiary
Flowers or foliage trimmed into geometric shapes, often
resembling miniature trees or animals.
Dais
The centerpiece at the head table (where bride and groom
are seated), which drapes to the front of the table for visual effect.
Centerpiece Cake
A specialty cake that takes the place of flowers as your
table decorations.
Trompe L’oeil
Specialty cake made of square layers instead of round that
can be decorated with ribbon and wrapping paper to make it look like a pile of
gifts. The perfect Christmas cake!
Groom’s Cake
A smaller version of the wedding cake or cake theme to
the groom’s interests. Usually served at the engagement party or the rehearsal
dinner.
Back-Up Cake
An undecorated sheet cake of the same flavor as your
wedding cake, kept in the kitchen and used to serve a very large guest list
after your display cake is used up.
Torted Cakes
Cakes that are layered with mousse or fruit preserves.
Askenazic
Those Jews whose traditions and culture originate from
Central and Eastern Europe. Compare to Sepahardim.
Shabbat (shah-BAHT)
The Hebrew word for “Sabbath.”
Sephardim
Those Jews whose traditions and culture originate from
the Mediteranean, including Spain and Portugal. Compare to Askenazic.
Torah (to-RAH)
The first five books of the Hebrew Bible (Genesis,
Exodus, Leviticus, Numbers, Deuteronomy) portions of which are read every
Shabbat. Traditionally, a reading of the entire Torah is complete in one year.
Chupah (hoo-PAH)
The wedding canopy. It is usually a fabric whose with
four corners attached to four poles and stretched over the couple. Like many
couples, we used a tallis. It is a sign of God’s presence and symbolizes the
couple’s new home.
Ketubah (k’too-BAH)
Marriage contract.
Dowry
A gift; endowment. The money, goods, or estate, which a
woman brings to her husband in marriage; a bride’s portion on her marriage.
Trousseau
French, from Old French, diminutive of trousse bundle.
The personal possessions of a bride usually including clothes, accessories, and
household linens and wares.
Matron of Honor
A married woman who stands by the bride’s side.
Bomboniere
An Italian term for “favors” which are passed
out to wedding guests as a keepsake in appreciation of their attendance.
Blusher
The part of the veil that covers the bride’s face.
Trunk Show
Usually held at a local bridal shop, a trunk show allows
a bridal gown designer to “show off” her/his latest designs to the
shop’s customers.
Queen Anne Neckline
High on sides and back; open bodice in sweetheart shape.
Trumpet Skirt
Tapers close to legs, flares at or below knee; think
mermaid.
Bishop Sleeve
Full sleeve that ends in gathered band at wrist.
Antebellum Waist
Dress has natural waistline that dips two inches to a
point in the center front.
Blouson
Drooping fullness in fabric from bodice to waist;
gathered at or below waist.
Cathedral train
Material extends three yards from waist.
Tails
Formal coat; short in front, extends to two tails in
back.
Ascot
Broad neck scarf looped under chin; fastened with tie
tack or stick pin. Should be worn with wing collar shirt.
Dinner Jacket
Cut similar to tuxedo; has shawl collar.
Spencer Coat
Open coat without buttons; cut right at waistline.
Four In Hand Tie
Knotted tie; hangs vertically, similar to business suit
tie. Can be fastened with tie tack; should be worn with spread collar.