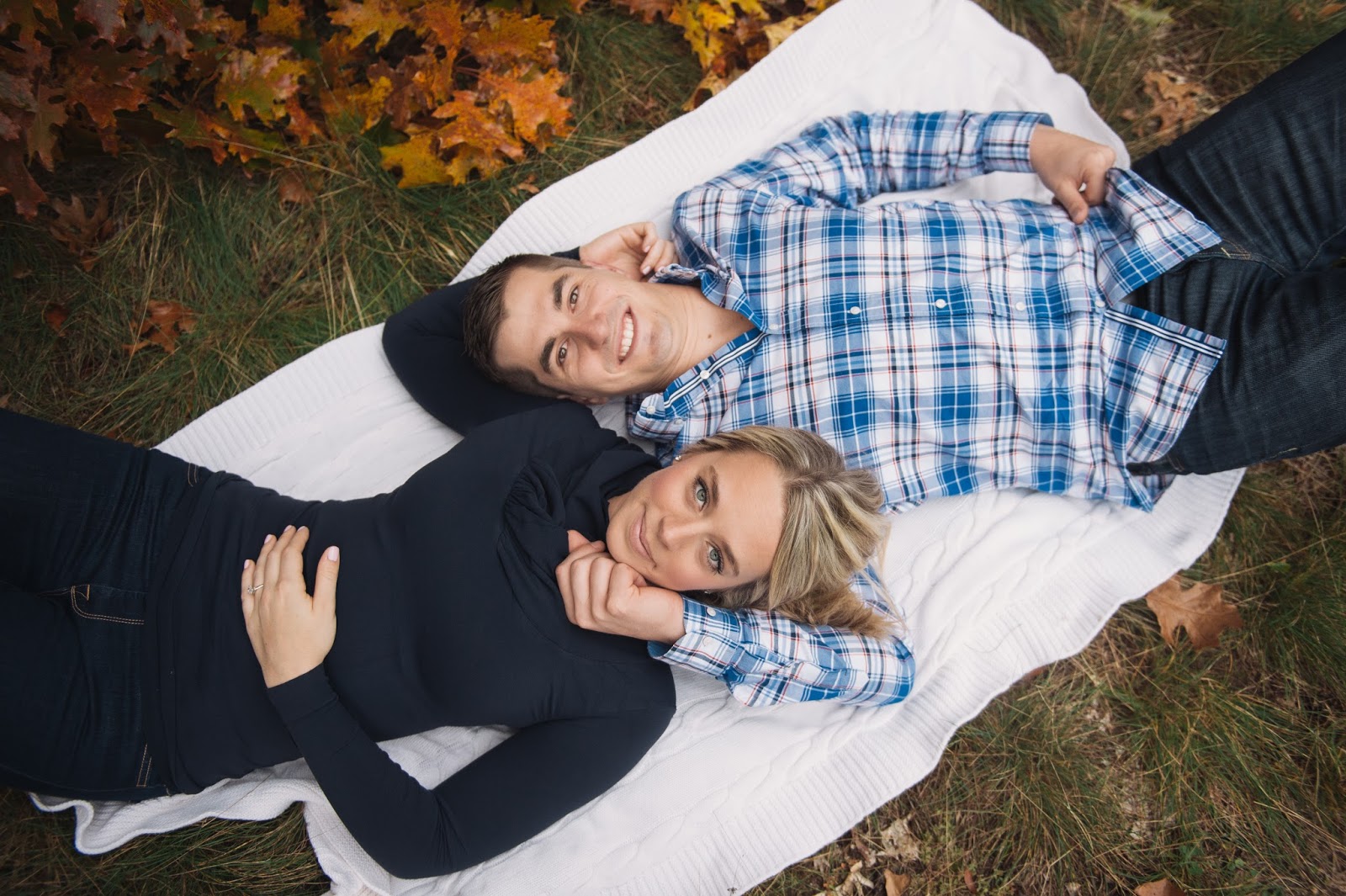 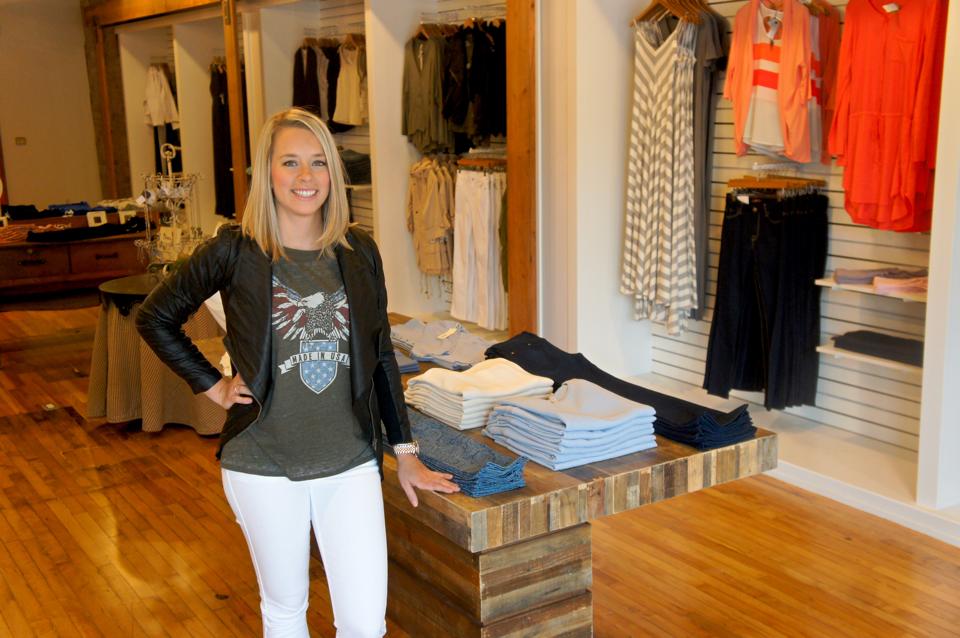 “We were set up!”  Jeff was living in downtown Detroit and Meghan was living in Chicago.  Meghan’s cousin Lauren is now married to Jeff’s best friend, Nick.  After Lauren spent a good amount of time with Jeff, she felt they must meet.  Unfortunately, Jeff’s father was diagnosed with bone cancer and Lauren, Nick, and Jeff didn’t feel it was the right time for Jeff and Meghan to be introduced.  Time passed, and Meghan was often involuntarily checked in on Facebook at places were the three were spending time together.  Soon, Meghan took matters into her own hands and messaged Jeff on Facebook stating that it was about time he visited his friends in Chicago and then they could meet.  After an awkward first encounter that included a handshake, the two started to hit it off towards the end of the night, soon realizing they were the only two left at the party.  After 8 months of  being a long distance relationship, Meghan decided to move back to Michigan where she could be with Jeff and closer to her family.  She moved in with Jeff, they got a golden retriever named Sampson, and on August 12th of 2014, Jeff proposed. 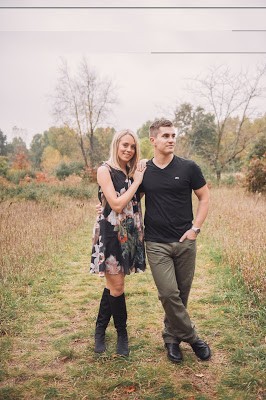 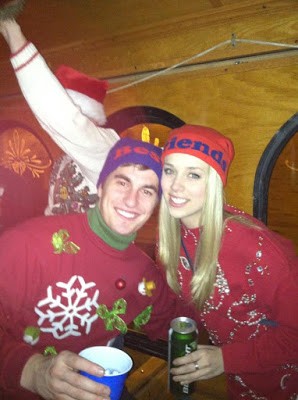 “On August 11, 2014, Royal Oak went through massive amounts of flooding sue to heavy rainfall.  Our basement had about 3 ft of backed up sewage and we had to throw most of what was in the basement in the trash.  So, since our anniversary was on the 12th, I did not think we would be having a very romantic night.  I had to go run the store and Jeff was left to clean up the sewage and bleach the basement.  Little did I know was that he also ran around town picking up my ring and unsuccessfully catching my dad at my parents house.  Jeff can’t keep a secret, so he had left all of his engagement errands until the day he planned to ask.  The ring had been set in the wrong setting due to a late shipment because of the floods, and my parents had decided to go to a concert.  Because of this, poor Jeff had to ask for my hand over the phone while my mom announced to everyone at the concert that her daughter was getting married.  When I got home from the store, Jeff had a steak dinner on the table with the candles lit and had our big golden retriever puppy dressed in a tuxedo.  I thought this was all for our two year anniversary and began fussing over how good the dog was being.  Jeff then mentioned that that Sampson had a new collar.  I looked down and saw that there was a big pink heart tag on our boy dog.  I looked at it and it said ‘will you marry me?’  I turned around and Jeff was on one knee.  I obviously said ‘yes’ and then started crying about 2 minutes later.  It was perfect.” 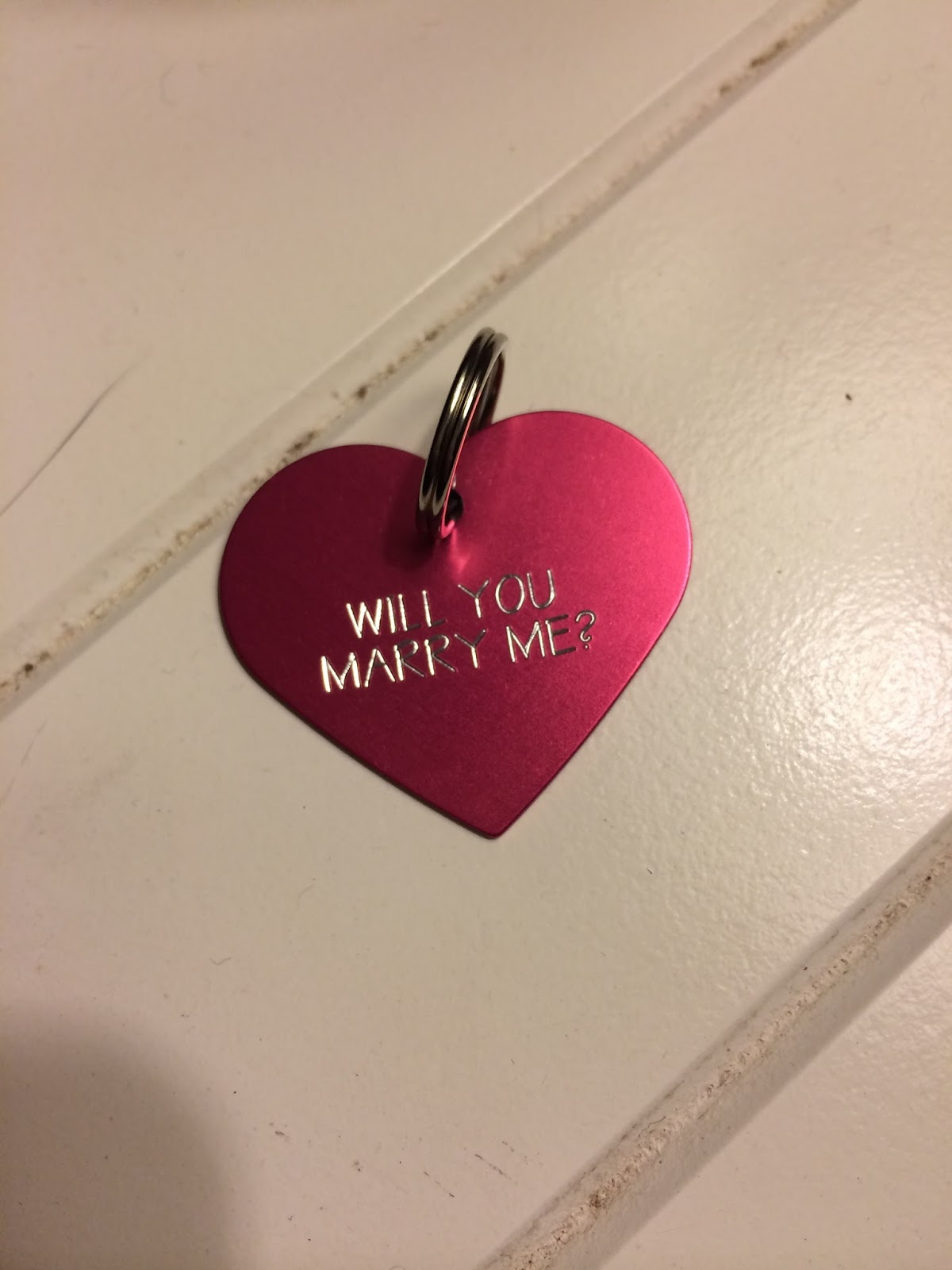 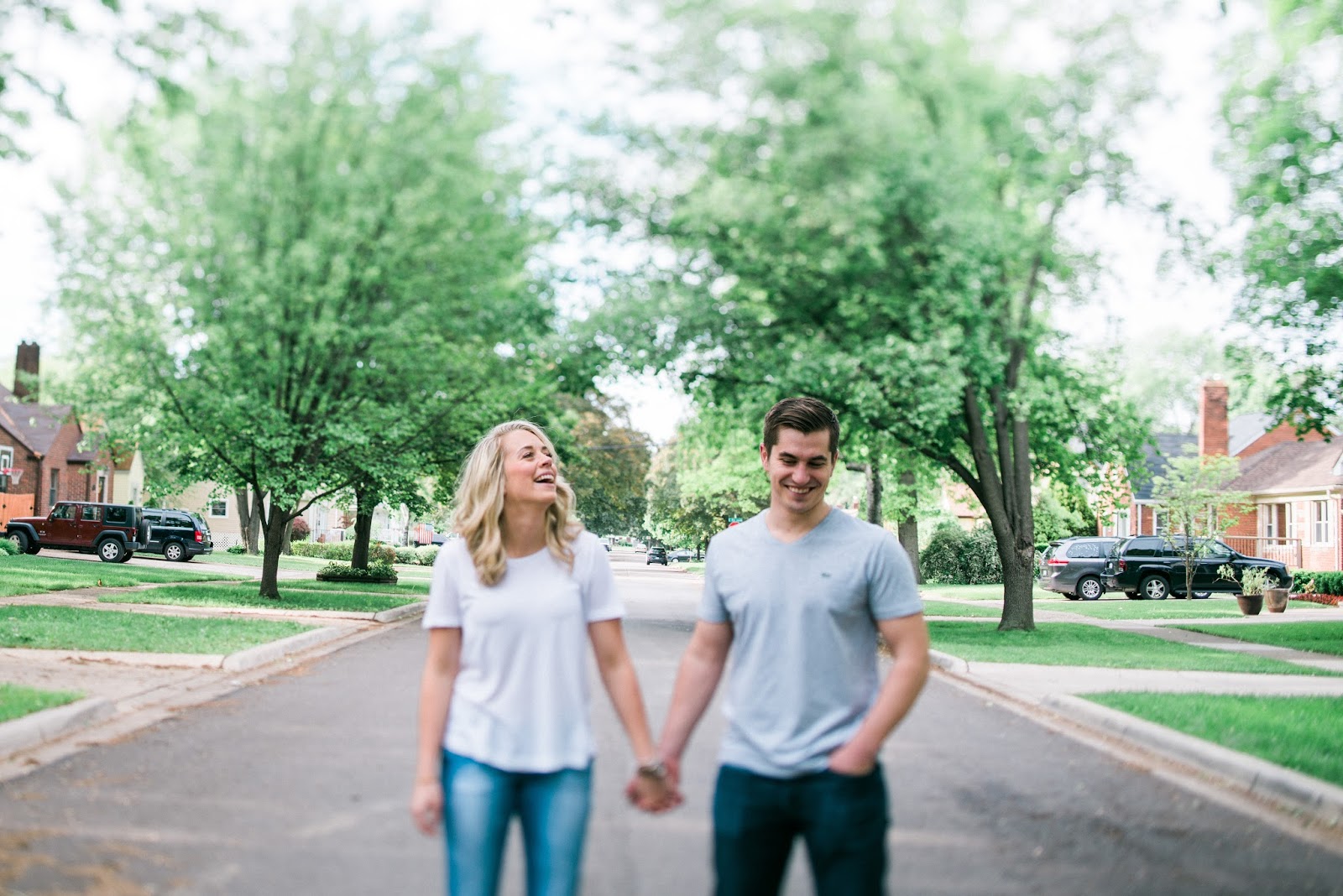 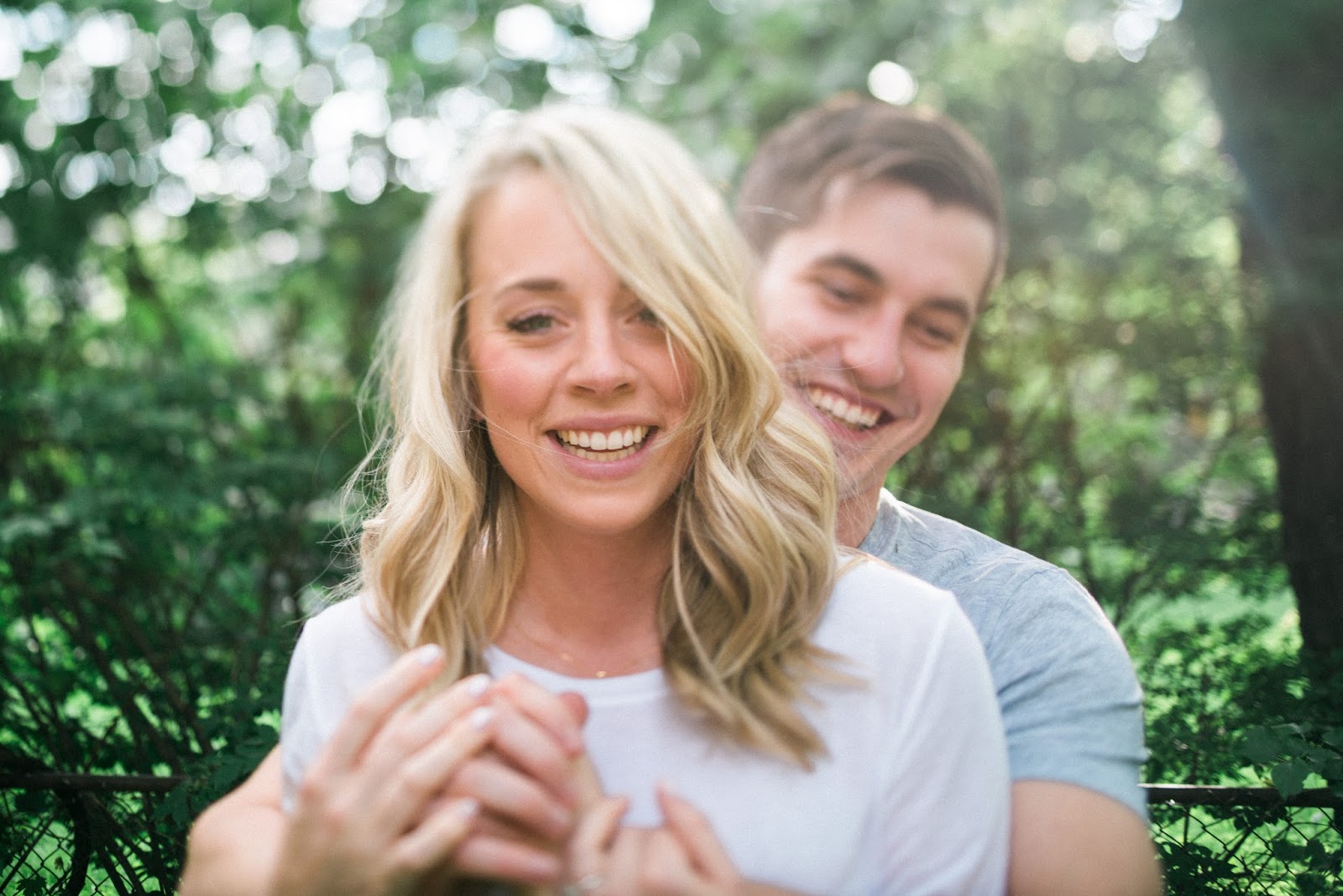 The wedding will take place at the Colony Club on December 5, 2015.  The couple has decided on a romantic art deco theme with gold, blush, and emerald green colors.   Stay tuned for updates from the big day!